Trending
ICYMI: 10 SIGNS You Can Trust God Being a Mom. Unmasked: Lord, Will I Ever Be a Mommy?! I’m Scared to Start My Dream Self Vows with Dr. Michelle R. Hannah
GIRL STRUT!

Mom, hostess, style icon, young CEO, and girl boss Ms. Jayda Cheaves has the “IT GIRL” factor effortlessly. She has seemed to adjust to fame and life in the spotlight quite naturally. Utilizing social media as a tool for her success, she’s also been able to create a lane for herself. In a world where it’s so easy to get caught up in what everyone else is doing, she’s embarked on a journey to follow her own happiness and get to the bag on her own terms. Love to see it.

Here are 7 reasons why Jayda “Wayda” Cheaves brand is giving “IT GIRL VIBES”:

She’s made a name for herself outside of her relationship with renowned rapper, Lil Baby. At a young age, she understood the importance of having her own as a woman. In fact, she was on her #GirlBoss wave before their relationship started, a journey that was encouraged and guided by her father.

Her style is iconic. She gracefully defines the definition of STRUT and kills it every single time! Expressing herself through style and fashion is probably her most considerable appeal on social media.
She’s a good role model. As I mentioned earlier, she’s one helluva role model to any woman who wants to eventually “do it all” because Jayda literally does it all. Mom. Brand ambassador. Content creator. Thriving young boss and CEO. And now, she can even add ‘actress’ to her already impressive resume.

Even after a public breakup, she minds her business and keeps her personal affairs private. People have their own opinions, as usual. Still, no one actually knows the details, and there’s an art to being able to do that when your life is constantly in the spotlight.

HER WAY OF HANDLING THINGS:

Speaking of break up, despite what the blogs and internet investigators have had to say, she’s never spoken ill of her child’s father, despite what has transpired within and outside the bounds of their relationship. She’s not on platforms slandering his name, and she keeps it classy. It’s apparent that they are still close friends, as they were recently pictured in all-black Balenciaga, living it up in Paris. They also seem to have a really great co-parenting system locked in that works for both of them, which is one of those things we don’t see enough of in the Black community.

HER LACK OF DRAMA

You never see her caught up in a whole bunch of messy and childish drama. She just continues doing her own thing and living her best life while still maintaining a sense of reality that, at the end of the day, she is still human.

The hustle never stops for her; bossing up and prospering is her M.O. at all times. Like I mentioned in point no. 3, she does it all and taps into any industry that even remotely piques her interest. It’s like she has the touch of Midas because everything she touches turns to pure gold.

It makes me proud to see a young lady living out her dreams and proving what can be done. Not only is she a positive role model to the younger generation, but she also gives that same kind of hope to older women by crushing her goals, working hard, and staying wildly consistent. Jayda Cheaves has accomplished so much yet is still so young, she hopefully has a long, prosperous journey ahead, and I am personally rooting for her success.

My name is Chymere A. and I am a multi-faceted creative, sports/music enthusiast, and former NCAA athlete. Professionally speaking, I am an independent (freelance) web designer and developer, educated by the illustrious North Carolina A&T State University. 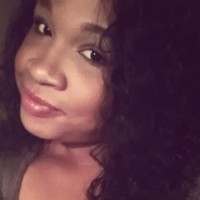