Trending
ICYMI: 10 SIGNS You Can Trust God Being a Mom. Unmasked: Lord, Will I Ever Be a Mommy?! I’m Scared to Start My Dream Self Vows with Dr. Michelle R. Hannah
HER THOUGHTSIN THE HEADLINES

Broken-Hearted Girl: What if Roe vs. Wade is Overturned?!

Insomnia is no foreigner to me, but last night was different. News of the Supreme Court’s “proposed majority opinion” to overturn Roe v. Wade, nearly 50-year legislation protecting abortion rights in America, left me haunted by images of Justice Samuel Alito’s smug face, and Republicans, who view themselves as ordained saviors of the American soul, once again leading us into an abysmal existence.

The decision to relegate abortion legislation to the states, many having “trigger laws” and others with “pre-Roe” abortion bans, would result in the loss of reproductive rights for tens of millions of women in America. Only 16 states would uphold abortion rights for their constituents and possibly those who cross state lines.

This country’s hatred of women and obsession with our bodies is preposterous and exhausting! We know this has nothing to do with being pro-life and everything to do with taking agency from women and the impoverished. This is white supremacy, capitalism, and patriarchy, again using religion and a distorted view of morality, as a tool of oppression. The ghetto.

Even with a Christian upbringing, I always found it odd that people emphatically opposed the right to choose when their God honors free will.

The quest to ban abortions under the guise of righteousness and “saving unborn babies”, while vehemently opposing principles of love, charity, and justice for the living, is one of the greatest hypocrisies ever witnessed! Where are the pro-lifers when it comes to healthcare, childcare, [male] contraception, or when Black bodies fall at the hands of racist police?

Many of us saw this coming in 2016 when a large majority of white women voted for “45” to their detriment and ours. That ONE TERM produced three of the justices listed on Alito’s draft, one of whom is an alleged rapist, and now nationwide we are plagued with the weight of what this ruling means for us and generations to come. I cannot predict all outcomes but I imagine we’ll see higher maternal mortality rates, especially for Black women. More children will likely be in foster care or with guardians who lack the resources to adequately provide for them. We may see higher rates of abuse, mental illness, poverty, and crime. If I really let my imagination fly, it’s giving Handmaid’s Tale!

Though I’m hoping for a miracle, I also hope we start taking our voices more seriously, now and in the future; supporting organizations like Planned Parenthood, appealing to our elected officials, and utilizing our voting power in upcoming elections. Too many of our nation’s current leaders, though supposedly standing on the principles of liberty and justice for all, are pushing damaging agendas in direct opposition of these virtues.

Lately, I have seen Black women overcoming destructive narratives that once disallowed their freedom of exploration, rest, expression, and pleasure. I want so much for us to continue in our liberation. My prayer is that we can do this with our full agency and legal right to choice intact. We deserve it.

A native Detroiter with Nigerian blood running through her veins, Sola Oluborode is a former Baltimore City Special Educator, an internationally certified Orton-Gillingham Dyslexia Specialist, Educational Coach, Singer, Visual Artist, Writer and Editor. Vocationally, she empowers children and young adults with the tools necessary to develop literacy and executive functioning skills, in addition to supporting a handful of Black-owned businesses around the world through design, composition, and content creation. Sola is extremely passionate about the celebration of Black people, Black culture, Black joy and the Black aesthetic. Her favorite pastimes include succumbing to a lifelong sugar addiction, traveling, writing poetry, and weeping over beautiful images of Black people in yellow. 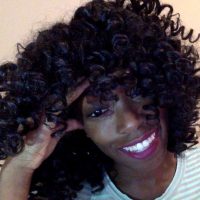